The co-founders of Lyons & Simmons, LLP discuss their relentless dedication to pursuing justice for clients while also invoking change. 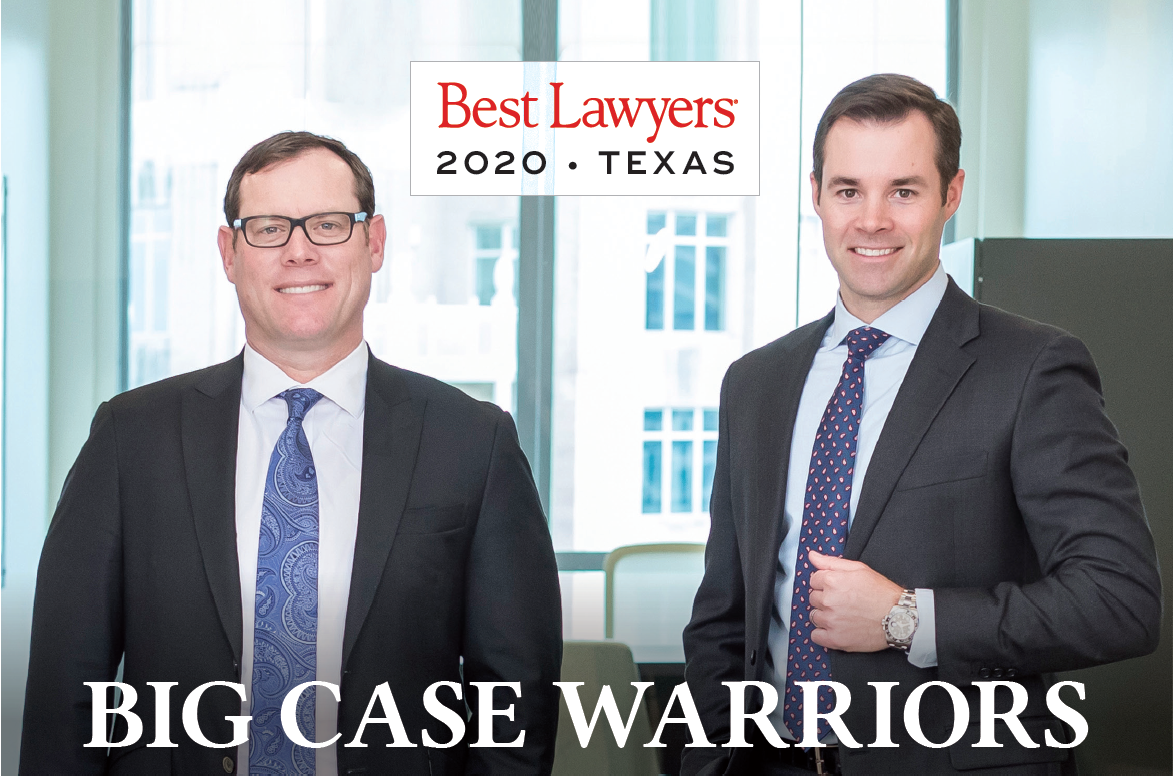 Michael Lyons and Chris Simmons have a reputation for obtaining big results in important cases, and when you talk to them you understand why. They are passionate about helping their clients while also invoking change.

In the early morning hours of Jan. 22, 2018, a gas well operation in Pittsburg County, Oklahoma, caught fire. The worst oil-field incident in Oklahoma history and the deadliest in the U.S. since the 2010 Macondo Deepwater Horizon blowout, the fire was so intense it could be seen on satellite images. Michael Lyons and Chris Simmons were hired to represent the family of one of the five men burned alive trying to escape the blaze.

“The human tragedy from this case still haunts me. I think about it all the time. The circumstances that led to that blowout should have never happened,” Lyons recounted, adding that he believes his job is more than serving as a financial conduit for his clients.

“So many lives were impacted, and that really weighed on us, but I cannot tell you how proud I am with the result for our clients. What we were able to demonstrate in that case will help change the culture that allowed this to happen. It is gratifying to provide the victims’ loved ones with the promise that change will occur so this doesn’t happen to other families,” Lyons said. “I’ve been told the civil justice system is about compensating the victims of civil wrongs. While that is true, it ignores the bigger picture. When used properly, the civil justice system will also serve to police corporate activity. That creates a responsibility for a trial lawyer.”

For the past 20 years, Lyons’ practice has focused on large personal injury, wrongful death, and business dispute cases, and through his success, big cases followed. Since joining forces with Chris Simmons to form Lyons & Simmons, LLP, there is no secret to why those cases have continued to find them.

Lyons and Simmons are truly warriors for their clients’ causes.

In 2019, Lyons and Simmons represented the victim of a particularly unsettling sexual assault. “Our client was suffering from the devastating effects of dementia, which left her particularly vulnerable to an assault in her own home by a cable [TV] worker,” Simmons said. What their investigation would ultimately uncover is what he called a “blind spot” in the hiring practices of communications companies.

“We were in the middle of testimony by corporate representatives when it became obvious that the screening ball had been dropped. It was like the light went on, and they finally got it,” Simmons said. “I can’t tell you how satisfying that was for us. It’s why we do what we do, to inspire change where it would otherwise never occur.”

Sometimes change may not be achievable, but righting the wrong is. Lyons filed a much publicized multimillion-dollar lawsuit in 2019 against the University of Kansas alleging it engineered NCAA violations to change the characterization of former head football coach David Beaty’s firing in order to avoid the buyout provision in his contract. “The publicly available details of the case are egregious. What hasn’t been reported is what it has done to my client and his family. It has been devastating for them,” Lyons said. “My clients’ problems are my problems. I literally lose sleep at night thinking about how they have been wronged and how I intend to fix it.”

The Beaty case is not only emblematic of Lyons’ relentless pursuit of righting the wrongs experienced by clients, but it also signifies his unflinching attitude about taking on large institutions. “Most of our cases are David vs. Goliath stories. It is usually us against some giant institution represented by a team of big-firm lawyers whose strategy is to outspend and outflank you. I just say, ‘Bring it on.’”

That confidence is not unfounded. Lyons & Simmons wins for its clients. “Our firm’s mission is to provide representation on par with, if not better than, that of any billionaire or giant multinational corporation. Economic status or what ill-fated misfortune you’re faced with should not determine your chance to win in the civil justice system. That’s un-American.”